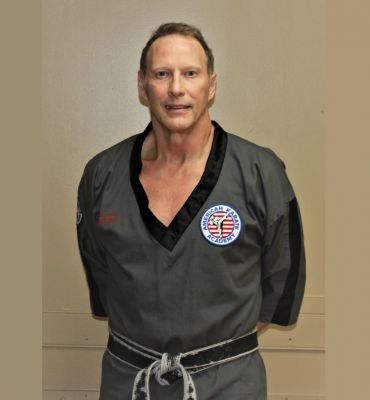 Master Bowles is a 8th Dan, (8th degree black belt) and a Senior Instructor. His role is to support the goals of the school as needed in assisting with the adult or children classes. Sensei Bowles has been a student of Master Chapman’s since 1997 and began teaching in 2000. Sensei Bowles is a husband to Sandy. He holds a Bachelor of Science degree in Business Administration (Marketing) from Murray State University, Murray, KY, where he lettered in football. Sensei Bowles has been in the advertising field since 1984. Hobbies include fitness training and travel. Sensei Bowles showed a dedication to the martial arts early in his training and has constructed his own home dojo. He shows an exuberance and love of the martial arts and is dedicated to the American Karate Academy. In September 2022 Master Bowles was promoted to 8th Dan and given the title "Grand Master of the Martial Arts" by the IKSA Board of Directors.