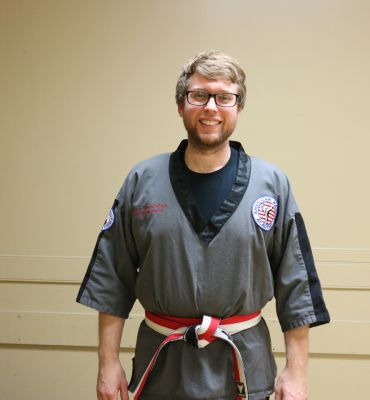 Sensei Michael Culbreth holds the rank of Rokudan, 6th degree Black Belt, and is an instructor for the children’s and adult AKA classes at both Brentwood and Nashville locations.
He was recently awarded the title of "Master of the Martial Arts" by Master Chapman.

Sensei Culbreth passed his test for Black Belt as a fifteen year-old and has been training in the martial arts for 19 years. Sensei has attended the world famous Karate College and has participated in several IKSA Annual Seminars. He is a graduate of Tennessee Tech in Cookville where he earned his BS degree. Sensei Culbreth and his wife Sensei Lindsey have 2 children. Sensei manages 3 parks for the Williamson County Parks and Recreation Department.