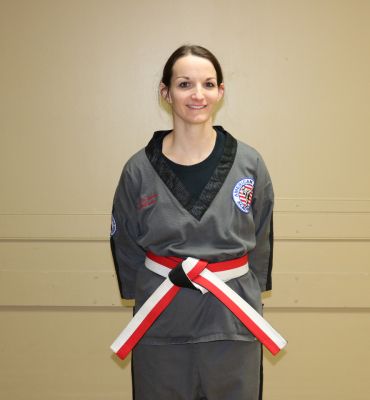 Lindsey Culbreth earned her black belt in November 2005. She began her training in 2002.

Sensei Culbreth has attended Karate College and the IKSA Annual Seminar from 2003-2011 and again from 2013 to 2019. She has competed successfully in several tournaments in sparring, forms, and weapons.

Sensei Culbreth is a graduate of Ravenwood High School in Brentwood and David Lipscomb University in Nashville. She has earned her Master's Degree from South College in Knoxville and is a certified Physician's Assistant. She is working in the ER at Summit Hospital in Hermitage.

She is married to AKA staff member Sensei Michael Culbreth. The Culbreth's have 2 children.  “Sensei Lindsey Culbreth has a great passion for the martial arts” said Master Chapman. Because of her hard work and dedication to the arts and the AKA Sensei was promoted to 6th Dan in September 2021.